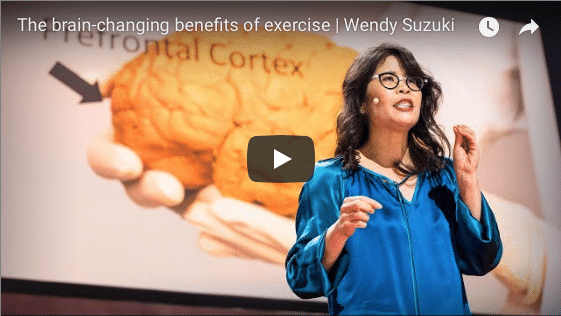 Taekwondo is probably one of the funnest ways to get our dose of weekly exercise, in my opinion. Not only are Taekwondo classes a great workout but they are fun! Taekwondo classes are also energetic because we’re training with friends and because the the drills rotate and change from class to class, keeping it fresh. Most importantly, we will continue to exercise via Taekwondo because its fun and whether we realize it or not, we’re cultivating our minds, bodies and spirt.

Speaking of minds… also known as our brains. Did you know that there are an ever-growing body of research that shows the many ways regular exercise benefits our brains. For example, Wendy Suzuki, neuro-scientist, recently gave a wonderful review of these brain benefits of exercise in her TED talk. Check it out below:

Summary of the brain benefits of exercise:

Remember that there are other great reasons to train in Taekwondo such as to get physically fit, make friends, or learn self defense. Whichever the reason, I want to encourage everyone to go out and exercise for a healthier you.

Question: What is your top TKD training benefit? 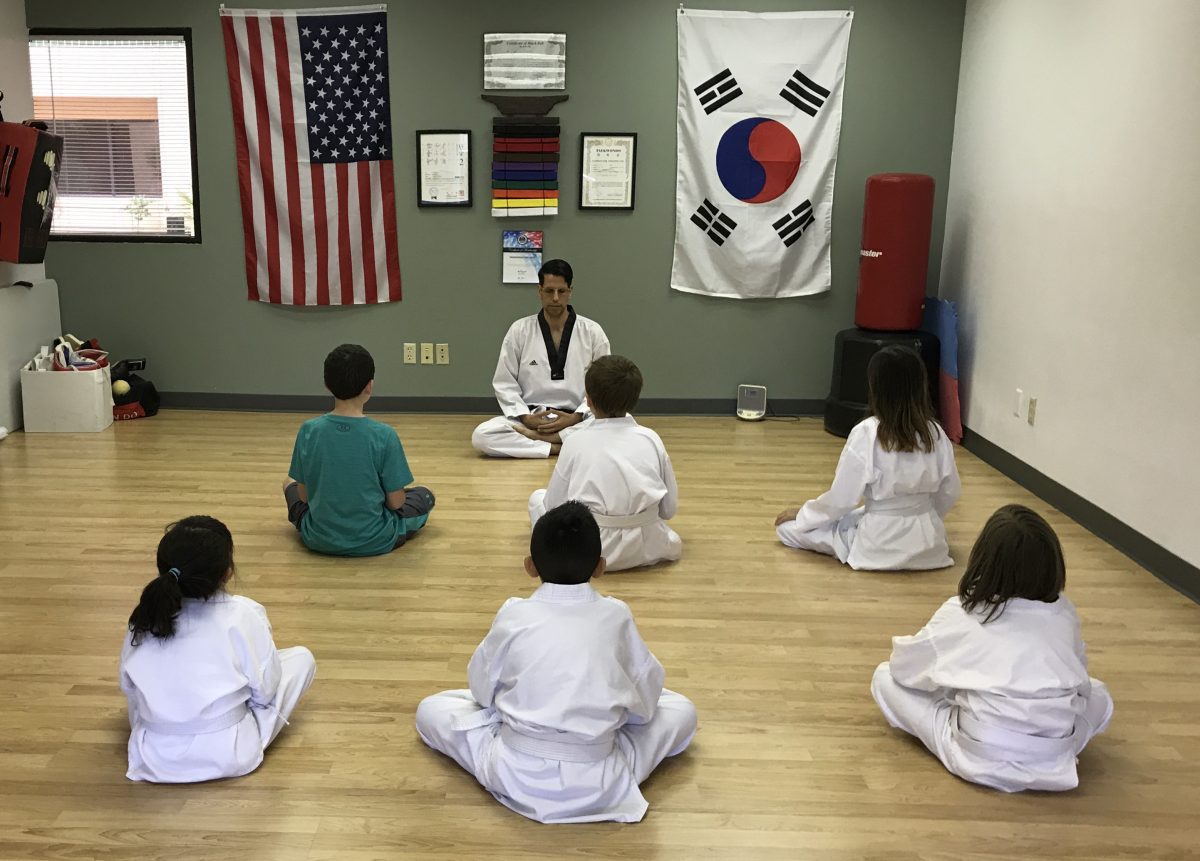 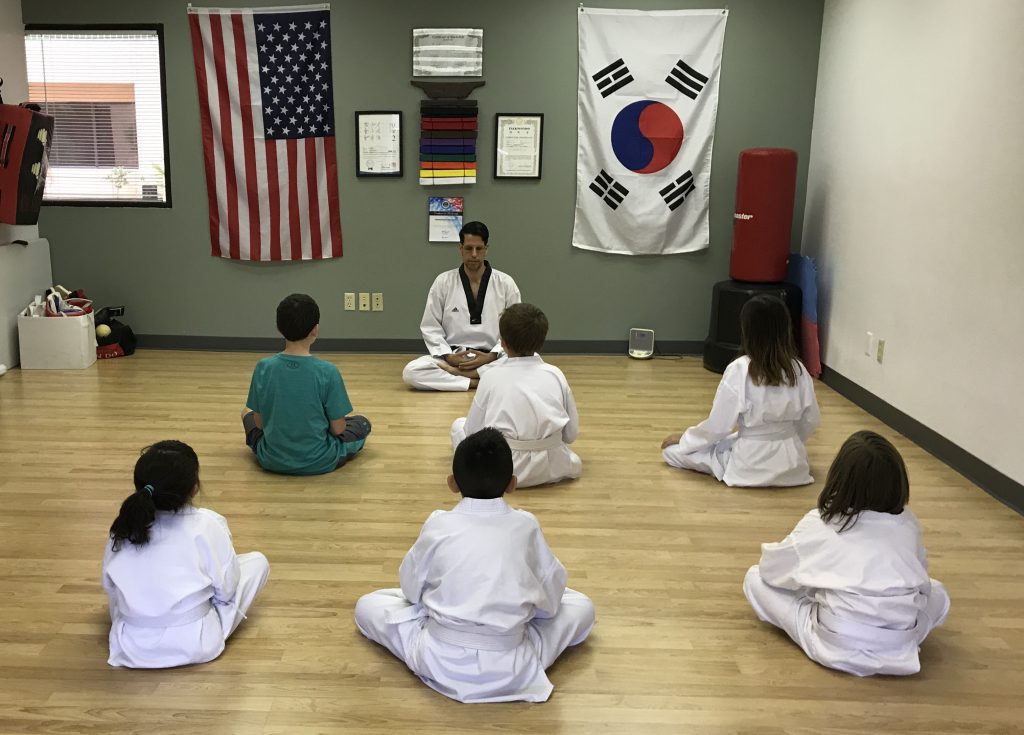 Meditation is a mental exercise that has been taught and practiced in both traditional and sport Taekwondo dojangs across the world. Meditation has also been featured in countless martial arts movies such as The Karate Kid and USA Taekwondo has written articles about “Clearing Your Mind Using Meditation.” It’s important to know that there are various styles of meditation but for the sake of brevity, we will discuss “mindfulness meditation,” which is the stye taught to students at Taekwondo Wellness.

So what exactly is mindfulness mediation and how can it benefit your martial arts practice?

“Mindfulness means paying attention in a particular way: on purpose, in the present moment, and nonjudgmentally.” ~ Jon Kabat-Zinn.

Thus, mindfulness meditation is the practice of intentionally paying attention to the present moment without judgment or criticism. Mindfulness can be practiced both formally and informally. Formal practice is done by setting aside a specified amount of time (e.g., 5, 10, 30 minutes per day, etc) to practice mindfulness while informal practice is done throughout one’s day by simply paying attention at various moments during one’s day (e.g., while eating, showering, walking, training, etc).

Question: Do you practice meditation in your martial arts school? If so, what are the benefits you have noticed?

Liked what you read? Ready to join me in the Taekwondo Wellness Program at Intuition Wellness Center?

At Intuition Wellness Center we specialize in integrated behavioral health services and wellness programs for children, young adults and families and supporting other like-minded professionals in doing good work. Call 520-333-3320 for a free phone consultation and to get more information on any one of the many services and programs we offer. 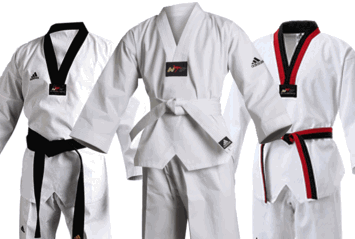 It’s common for new students or their parents to have uniform sizing question before purchasing their first uniform. Below is a uniform sizing table and a few guidelines that should help you decide what size Taekwondo uniform to purchase for yourself or your child.

I hope these uniform guidelines were helpful.

Question: What additional tips do you have when sizing your uniform? Write your responses below in the comment section.

Liked what you read? Ready to join me in the Taekwondo Wellness Program at Intuition Wellness Center?

At Intuition Wellness Center we specialize in integrated behavioral health services and wellness programs for children, young adults and families and supporting other like-minded professionals in doing good work. Call 520-333-3320 for a free phone consultation and to get more information on any one of the many services and programs we offer.

A Word about Affiliates

The Taekwondo recommended gear above contain affiliate links to products. If you click through and purchase, Intuition Wellness Center will receive a small commission on the sale. Rest assured, we only recommend products or services that our team members personally use or believe will be helpful to our readers or clients. 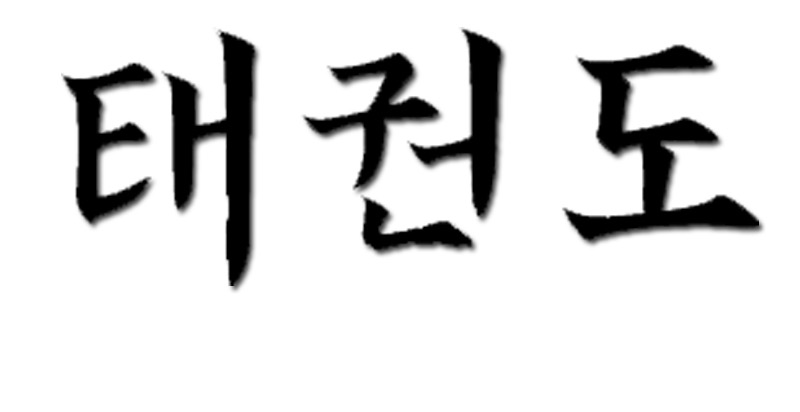 Taekwondo is a martial art that uses rigorous physical exercise as a primary form of training. Many children find Taekwondo fun and exciting because they are learning an ancient martial art that is not only a sport, but a discipline that promotes healthy living through training the body and mind. For many practitioners, it is a way of living. Taekwondo strengthens the body through rigorous strength and endurance building exercises and cultivates the mind through the teaching of its philosophy and core principles: Courtesy, Integrity, Perseverance, Self Control, and Indomitable Spirit. It is this combination of training the body and mind that has been shown to be effective at reducing aggression (Nosanchuk 1981; Daniels & Thornton 1992; Nosanchuk & MacNeil, 1989; Trulson, 1986; Skelton, Glynn & Berta, 1991; Lamarre & Nosanchuk 1999), increasing self-esteem (Duthie, Hope & Barker 1978; Richman & Rehberg 1986; Kurian, Verdi, Caterino & Kulhavy 1994; Finkenberg, 1990; Trulson, 1986), and decreasing stress (Iso-ahola & Park, 1996; Kurian et al,. 1993; Rothperl, 1980; Foster, 1997, Trulson, 1986). Furthermore, the literature indicates that martial arts are beneficial for various populations, including middle school students (Zivin, et al., 2001), adolescents with a history of violence (Twemlow, & Sacco, 1998), as well as geriatric populations (Cromwell, Meyers, & Newton, 2007).

To learn more about obesity visit a previous blog I wrote for Intuition Wellness Center titled: Obesity in the US – Mental Health Implications & Recommendations.